One of the creators of one of the most important pieces of my musical theater history passed away this week: Damon Intrabartolo, the composer of “bare” and “Ann E. Wrecksick: The Odyssey of the Bulemic Orphans.” While the latter was a hilariously crass and ridiculous piece of parody, “bare” was one of those haunting musical works that stays fresh and brilliant even 13 years later, and my experience in the original Los Angeles cast (Hudson Mainstage Theater, 2000-2001) had positively haunted me since then. With music by Damon and incredible book/lyrics by Jon Hartmere, the show even at its very inception was perfect.

Damon, who died this week at the age of 39, was a cherubic ball of musical brilliance and energy. He was troubled, had issues with substance abuse and was prone to be very stressed and manic at times. But his childlike energy and constant need to push himself made his music specific, his melodies easy to hum but also challenging to sing yet easy to connect to emotionally. When we performed it at the Hudson, the orchestration was full of strings, keyboard, drums and electronic swells (reflecting the Enya-esque music of the time). This September, as it is being re-recorded and re-opened on the stage at The Hayworth Theatre in Los Angeles (Direction by Calvin Remsberg, featuring original LA cast members Stephanie Andersen and John Griffin), the orchestration has been pushed into 2013 in a more modern rock sensibility. However, judging by the videos that the Production has made public, the music and melodies that Damon wrote are intact – beautiful, emotional, bitter, fun, rockin’, and joyful. 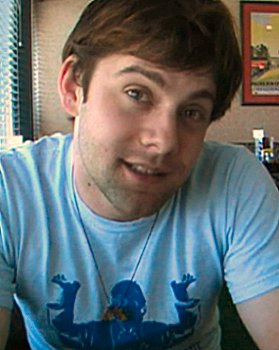 Back in early 2000, I was invited to see a reading of “bare” at UCLA with the understanding that I’d become the Assistant Stage Manager when it would be realized at The Hudson Theater on Santa Monica Ave (I was a graduate of UCLA and had many connections with the creative team because of it). At that first reading, I was witness to one of the most touching, intelligent, sassy and human musicals I had ever heard. Tears flowed down my face by the end of the reading, and I had yet to even see it on its feet. I was lucky enough not only to see it on its feet, but to be one of the pairs of feet onstage, in the ensemble – I started as ASM, then was asked to be the Female Swing, then graduated to the Ensemble, and became the Nadia understudy before it opened in October of 2000. It started as a 5 week run, but as more and more people saw it, the show kept getting extended and extended until it finally closed after 6 months. For an unknown musical in a small, 99-seat theater, run by early 20-somethings doing everything we could to keep it going, this was quite a feat.

I remember one performance where two leads were out with a cold, a few ensemble people were out as well (the show called for us to be very touchy-feely-High-School characters), two understudies were in AND both our swings were already in, leaving a few chorus parts uncovered. To refrain from cancelling a fully-booked show, the Lighting Designer walked into an ensemble role, and also the Director Herself, Tony Nominee Kristin Hanggi, put on a plaid skirt to become one of St. Mary’s students. Costumes were pinned, we whispered on-stage directions to each other (“Ok, after he finishes this verse, move the chair to stage right and exit…”), and afterwards we all gave a huge revelatory wooop of excitement that another audience was able to see the show. I performed as Nadia five times (Keili Kefkovitz was just as professional as I was and rarely missed a show), and I was introduced to my future agent when he came to see me in one of my understudy runs. This youthful energy and push to make the story happen made this a special show for us.

We knew that this was an important show, one that discussed High School angst from a real, true, and meaningful position; what it was like to be different (gay, fat, ignored, misunderstood), what the pressures of religion and other adult-manufactured judgements can do to someone, and how love, acceptance and hearing that “God don’t make no trash” could mean life over death to a young ego. I’ve made friends with young men and women who were simply fans of the show, who returned and saw the show multiple times throughout the run (who have seen it Off-Broadway and Regionally) and who have found personal solace and comfort in the musical’s message. It won numerous awards, including Robby, LA Weekly, Ovation awards and a GLAAD nomination. It went Off-Broadway twice (the second time with some edits both in book and in music that didn’t make much sense to me), and now 13 years later it’s returning to Los Angeles in a return to the original book and concept.

Since the announcement of Damon’s passing, my Facebook account has exploded with posts, pictures, links and statuses, full of regret and disbelief. Kristin opened up a Facebook group to discuss and celebrate Damon, and his work will be sung in just a few weeks by a new cast and mostly new creative team. In the past few days I have revisited my 13 year old recordings of “bare” and have marveled at how gorgeous it still is, and sadly how relevant.

“Nobody has all the answers
Remember the message well:
If you hide from yourself
Be someone else for someone else’s sake,
That would be the greatest mistake.”

Jon’s poetic lyrics and Damon’s emotionally connected melodies provided some answers, and for hundreds (maybe thousands) of audience members and performers, “bare” is truly a remarkable and wonderfully connected and beautiful piece of musical theater. I feel so honored to have been able to be a part of its life, and I hope that the next incarnation will give justice to Damon’s soul as it has parted from his this week.

Watch the 2001 GLAAD Award performance by Original Los Angeles castmates John Torres and Wallace Smith sing “Are You There?”

Here I am singing “Spring” (Nadia’s second-act solo) at The Salon Open Mic a few years ago:

And finally, here I am as Olivia Whorebucks in “Ann E. Wrecksick and the Odyssey of the Bulemic Orphans”…may a chinese gong ever ring in Damon’s ears (wherever he has chosen to be) whenever someone mentions that title from now on. (GONG!)

As Olivia Whorebucks in “Ann E. Wrecksick and the Odyssey of the Bulemic Orphans”

Press from “Bare: The Reunion Concert” at Feinstein’s/54 Below

October 13, 2015
« Previous post
Marquee Five performs in “Sondheim Unplugged” series at 54 Below
Next post »
Marquee Five in “Broadway By The Letter: Act One” at SOPAC